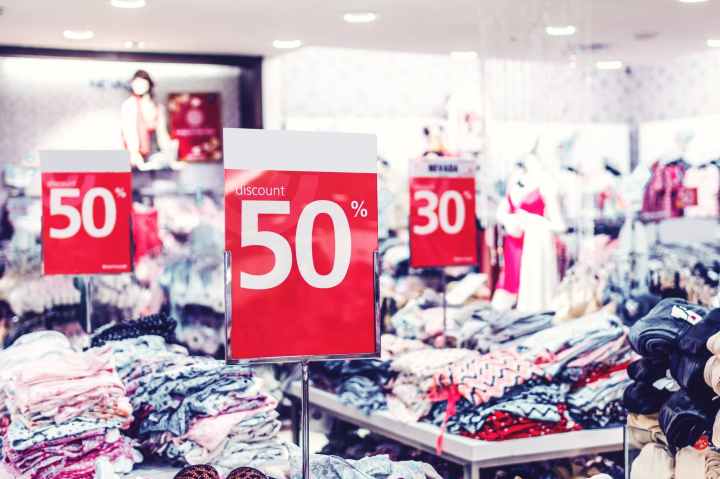 One of my favorite holiday traditions as a mom of 3 young kids on a shoestring budget was heading out to Target with my mom every Black Friday at 2:00am. With the newspaper ad in our hands, we poured over the sales, strategizing how many of each item I could afford and creating our divide and conquer plan of attack so that we could go in separate directions, grab all the gifts, and meet up at the checkstand in record time without the modern luxury of cell phones to find each other (that’s right, we had to communicate telepathically and we were good at it). As soon as the first store was conquered, we would drive to the next store to do it all over again and again until long after sun rise. I loved the glory of an all day Black Friday haul! On the surface, it seemed like everything a girl could dream of…sales, bargains, frugality, and efficiency. Get in, get out, get all the things on the list for the lowest prices of the season. What could be better than that?

It wasn’t until I started to work on losing weight that I began to question my motives and to get more honest with myself about the thoughts and feelings that were behind my overeating, and in doing so, I uncovered a mindset that was driving me in every area of my life. The mentality and emotions brought out in an all night Black Friday extravaganza actually serve as the perfect illustration of everything that was happening with the thoughts and emotions that led me to weighing 315 pounds at the age of 35. Impulsive buys, hoarding, rushing to grab more, scarcity, fear of missing out…these were the things that actually drove most of my Black Friday purchases, and those were the exact mindset tendencies that were driving my decisions about food as well!

Black Friday is not bad. I mean how can 50% off of the things that I’m going to buy for my kids anyways be bad? And food is not bad. But my approach to them was extremely damaging and the over consumption of both sale items and food created lingering consequences that took me years to overcome. Over shopping left me with debt and a house full of toys that were hardly touched and overeating led to obesity and list of health problems that almost killed me.

So how can we change the Black Friday mindset that is driving us? For me it started with uncovering the real emotions that were behind my decisions. The rush toward that toy that your daughter wants at a deeply discounted price sends adrenaline and happy chemicals flooding through your whole body just like the physical JOY that a mouth full of Aunt Edna’s chocolate pie elicits. But if I’m being honest, I am running toward that toy because I’m feeling guilty that I work all the time and still can’t afford to buy everything on the list, and I want my kids to feel special on Christmas which is what justifies me to also grab the toy next to the one I was running toward even though it wasn’t in the budget. I ran to food for comfort every time I felt stress or fear and food gave me peace in the moment. The more I unwrapped that truth, I began to also see that physically getting up and leaving a stressful situation to go get food was almost as important as the food itself because I was so bad at confrontation and such a people pleaser in my soul that going for food also served as a means of retreat from any looming battle.

Knowing the truth is powerful because when you know what emotions or circumstances cause you to make decisions that you will likely regret later, then you know that it is time to put up your guard or take evasive action any time those emotions show up. Being more aware of what drives you helps you to be more mindful when you need to make a decision that will affect your wallet or your weight and helps you to start building the healthy and fulfilled life that you want for you and your family.

I know what this took. 6 years of singular, unyielding, immovable focus. 6 years of grit. 6 years of growth. And 6 years of God working all things together for our good (including the injuries, setbacks, heartaches, and losses) exactly like He promised He would. The journey has been the gift, and the Games is going to be the ultimate celebration of all that God has done in all of our lives through Miah’s passion for the sport of CrossFit. I’m so proud of you @jeremiah.head for walking this thing out with God and for persevering! We made it! Our family … together … with you as our favorite athlete and loving leader … are going to Madison, WI … to fulfill the dream that you let us share in with you for all these years. #bettertogether #headfam5 #loyalty #integrity #grit
This week we have been celebrating my most favorite middle baby as she turned 17 💜 Spending this week surrounded by her forever friends in her favorite places on earth, I’ve been struck by the joy of her genuine laughter and the realization of just how much God has gifted her to love others well. She is kind and genuine, giving and thoughtful, and she is growing up so very quickly. I love my Kenzie girl and I’m so blessed to be her mom. @kenzie1050 @jeremiah.head #sheis16goingon17
2014 - the very VERY early days of @romwod - before anyone had ever heard of it - we stretched - every day - and we told whoever would listen that this stuff was good for them - and lives were changed - our life was changed - and we have loved every second of the crazy journey from then to now ❤️💪🏻 #flashbackfriday #theoriginalswoleandflexy #swoleandflexy #teamromwod
The Head family all RX’d the Open workout this week 💪🏻 and I absolutely could not be more proud of my squad ❤️🙌🏻
You really have no idea how good I am at counting fitness moves! I’m low key EPIC at it 🙌🏻💪🏻 ❤️ @jeremiah.head @the.mill.at.cedar @parakaleo.crossfit @conquerathlete
The people. It’s always been about the people. The workouts are fun. The challenge is exciting. But the people. That’s what makes life and CrossFit worth doing ❤️ #bettertogether #livingparakaleo #intheopen #fridaynightlights #20.1 @jeremiah.head @the.mill.at.cedar @_mad_madie_ @noah1050 @kenzie1050 @crossfitgames @parakaleo.crossfit
%d bloggers like this: